Have Yourself a Very Sexy Holiday #eBookSale 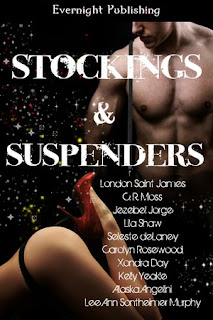 As the temperature drops, the women in this collection of stories find naughty and delicious ways to warm up for the holidays.A boss with a proposal to make her sweat, a promise from an Italian assistant, a cabin in the middle of nowhere with two men waiting to cater to her every desire, a special surprise for a lonely solider...All of these encounters and more from ten talented authors. Get ready for some holiday loving...Evernight style. 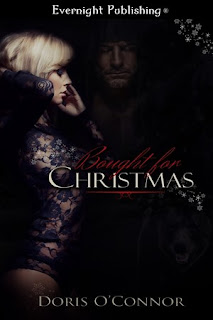 Bought for Christmas by Doris O'Connor
I’m the beast, haven’t you heard...
Christmas is supposed to be a time for miracles and one will surely be needed when Emilia Duncan finds herself sold to the beast to save her father’s company. Having lusted after the much older, enigmatic man for as long as she can remember, spending the Christmas weekend as his submissive will satisfy her raging libido, but can she protect her heart?
Bear Shifter Hunter Monahan cannot stand idly by when Emilia is thrown to the wolves. There is only one shifter who will get his claws into her and that’s him. The contract ensures her submission for the weekend. Too bad his bear wants much more than that.
Hunter is used to hiding behind his gruesome scars, but in the bid for Emilia’s heart, that is not an option this time.  Isolated in his cabin, it’s not just the snow that melts. 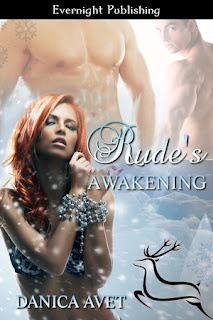 Reindeer Games, 1
When undercover agent Jinger von Brot discovers a plot against the North Pole, she attempts to alert her superiors only to be captured by the reindeer shifters who protect the royal family. Pack leader, Rudolph “Rude” Briars has a unique way with prisoners, using his skills as a Dominant to seduce the information out of her. As a Domestic Elf, Jinger must fight instincts that demand she submit to him even at the risk of losing everything she holds dear.
Rude’s little elfin spy draws him more than any woman he’s ever had. He should loathe her, but her spirit calls to the animal within, inspiring him to bind her until his name sighs from her lips along with her hidden agenda. But his sweet captive has secrets bigger than the ones he suspects, secrets which have the power to destroy the fragile bond they share and shatter his world.

Posted by Evernight Marketing at 9:56 PM

The Cure for Love