Even in today’s society being a lesbian still raises brows as much as being gay does. Curious stares abound and that’s okay, but hate is unacceptable.

Love doesn’t come in colors—I don’t see color really which is one of the reasons I write interracial romance and why my characters are often neither black nor white. I’m neither. I’m Indian, black, and white. I see a rainbow rather than race, and I see the same when it comes to love.
I think if two consenting adults find something special in each other, it’s no one’s right to contradict that. It’s as natural for two women or two men to love each other as it is for a man and a woman to love each other. Love doesn’t feel differently, act different, or hurt differently because it’s two people of the same sex.
I know women who refuse to acknowledge their sexuality and live as unhappy straight women. They deny being lesbian for fear of losing family support, of losing religious support, and even friends.
Criticism can be very difficult to deal with in sexuality and even more so than in other areas of life because it’s one of the points that society seem to agree is wrong or not right. Ironically, I don’t think the criticism is as much about the love as it is about the sex.
I think for a lot of straight people sex is an issue in so many ways and when you add two people of the same sex into the mix you add another layer that’s almost taboo. So much about sex is still dirty or unmentionable to people.
Oral. Anal. To do or not to do and the very idea of gay people engaging in the taboos seem to terrify some people as if the planet will flip over.

Course when people aren’t bringing in sex it’s the crutch of religion. My fave—god create Adam and Eve not Adam and Steve. Well, hell, Steve didn’t bring up from nothingness. He got created too. It saddens me to hear people using faith as means to justify their own fear when sexuality doesn’t rub off. So, there’s no reason to attack someone for loving differently.
I rarely incorporate issues with sexuality in my books but in the ones that I have, I take from my own life and experience with familial reactions to the gay family members. The cruel attempt to control and shape, or change, or shame into straightness, are things I’ve known. The rejection is kept to a minimum but it’s there in the cold stares and scrunched up faces as if there was a bad smell in the air.
Where there are two consenting adults, I don’t see an issue. I think the love should bloom like a sunflower—big and beautiful. 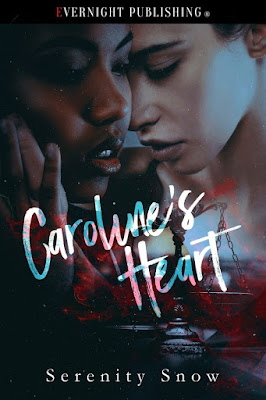 Law and Love, 1
Lucky Cane is a hotshot criminal defense attorney coming off a big win when her ex Caroline Woodland asks her for help. Lucky’s reluctant to be anywhere near the closeted lesbian she fell in love with during their brief fling, but something about Caroline won’t let her walk away.
Caroline knows Lucky is a threat to her safe way of life. Getting too close to her will tear her world apart, but Caroline is a social worker and she knows Lucky is the only person who can help an orphaned teenage-girl accused of murdering her mother.
Lucky is all set to pass the case off to avoid contact with Caroline. However, Lucky quickly realizes the teenager holds the answers to more than just one murder, but can she keep the girl alive and prevent Caroline from breaking her heart again?
Be Warned: f/f sex, sex toys

Posted by Evernight Marketing at 10:19 PM

Shower You With Love